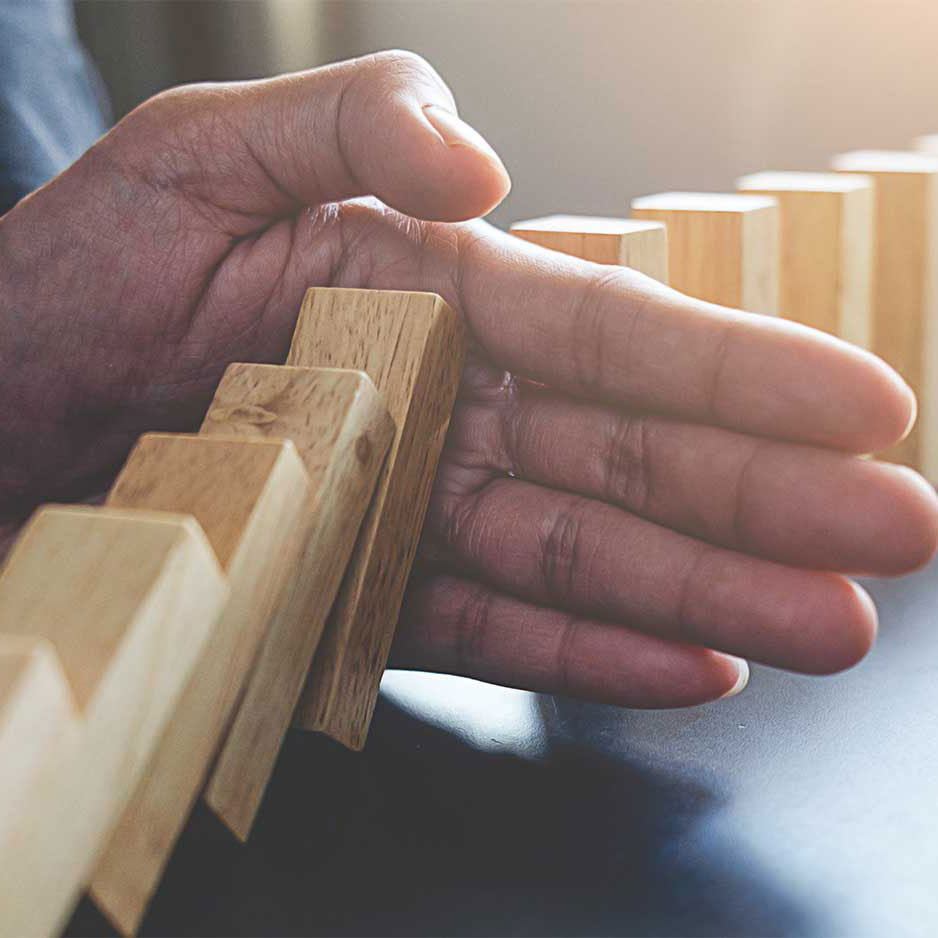 Why Cryptocurrency Adoption is Still Hindered by Criminal Activity Nowadays, the percentage of Bitcoin transactions that involve criminal activity has declined considerably compared to what it once was. Today, a relatively small number of Bitcoin transactions are related to crime, even though many (uneducated) pundits and politicians still believe otherwise. In a recent report by Elliptic, less than 1% of Bitcoin was found to come from illicit sources.

However, Bitcoin is still used in various crimes, some more heinous than others, to include ransomware, cryptojacking, and supporting rogue nation-states like North Korea. CipherBlade believes the fact that it’s used in these crimes, too often without consequences, seriously hinders and prevents broader adoption. We believe this is especially true when cryptocurrency is used in a crime and it affects individuals that don’t hold or utilize cryptocurrency, in addition to companies and governments, such as with ransomware attacks for instance.

Ransomware is one aspect that really hinders broader adoption of cryptocurrency. Ransomware is considered any malware that gets installed on an electronic device that locks and proceeds to extort the device owner for a ransom in order to unlock and decrypt the device. The attackers often require victims to pay the ransom in Bitcoin because funds can be sent quickly, are generally not reversible, and because such transactions don’t (at least directly) give away the identity of the recipient.

Notably, this ransomware affects people and businesses who have no involvement with cryptocurrency, including hospitals, schools, governments, and many corporations. It’s so common now that cyber insurance is now a common type of insurance for these entities to have, and many cyber insurance companies offer to pay ransoms to the attacker if needed as part of the policy, so they can get access to their devices and data again.

While some people try to fault Bitcoin itself for this, the reality is that Bitcoin is simply a tool, and one should not hold a technology or instrument liable for the actions of someone who utilizes it, just as people don’t blame the existence of the US dollar for drug trafficking.

That being said, we ought to recognize that in all likelihood, ransomware wouldn’t be anywhere nearly as common if cryptocurrencies as they exist today, simply because if it didn’t exist attackers wouldn’t have as many ways of receiving payments quickly, internationally, and irreversibly in large quantities quickly while not giving away their identity without the advent of cryptocurrency, thereby reducing the practical utility of such ransomware.

While the vast majority of uses are legitimate, the fact that cryptocurrency is used as a key tool in crimes that target people outside of the cryptocurrency space paints cryptocurrency in a very negative light and dissuades many people, in addition to governments and regulators, from adopting and embracing cryptocurrency.

There are a variety of initiatives that attempt to detect and stop the spread of ransomware, such as the NoMoreRansom initiative which CipherBlade is part of, which offers decryption tools for some of the existing ransomware families, free of charge. A ransomware investigation can also be conducted to track the Bitcoin involved and bring those responsible to justice. Ultimately, by fighting, preventing and prosecuting individuals involved in ransomware incidents, it helps to clean up the cryptocurrency space and fosters broader adoption.

Cryptojacking involves the installation of malware by an attacker that inadvertently ‘mines’ cryptocurrency on an owner’s electronic device, using a significant amount of system resources in addition to expending significant amounts of energy (at the cost of the device owner, not the attacker), while the attacker receives the reward. Cryptojacking malware tends to make its host mine Monero (XMR) rather than Bitcoin.

Cryptojacking malware can elect to target any computer; it doesn’t just target people who utilize cryptocurrency. But anyone infected with the malware bears the cost in terms of both electricity cost and reduced performance; it’s not benign as some have suggested. And it’s not just individuals that are targets, corporations and universities have been targets as well. In some cases, a Systems Administrator has been found to be at fault for intentionally and purposely installing such malware.

Rogue Nation-states, particularly North Korea, have been known to utilize cryptocurrency to fund operations. North Korean actors, including those part of Lazarus Group, have been implicated in a considerable number of hacks of cryptocurrency exchanges and ransomware attacks, including most notably Wannacry. Cryptocurrency is a significant and crucial source of revenue for the North Korean regime and they use such proceeds to fund nuclear weapons development and concentration camps.

Many countries have banded together to place a variety of economic sanctions on North Korea. While some individuals in the cryptocurrency space are of the opinion that no individual or entity should be deprived of access to money or basic finance, almost everyone would agree that North Korea’s increasing weaponization and dictatorial oppression of its people is certainly a bad thing, and they’re both bolstered through cryptocurrency. Ultimately, it affects the entire world, regardless of whether you care about cryptocurrency or not.

This, in turn, makes some people really dislike cryptocurrency since it’s an effective tool for such purposes. It considerably dissuades individuals and governments alike from adopting and embracing cryptocurrency as doing so would only bolster the North Korean regime. This is why it’s important for law enforcement to have the necessary resources, skills, and tools to be able to investigate this type of activity, so it can be identified, and entities that knowingly assist them can be prosecuted, which therefore reduces such activity in the future

Purchases of Illicit Goods and Services

Bitcoin’s first major use case as a medium of exchange was for the purchase of illicit goods and services, largely on the dark web. Bitcoin now has plenty of legitimate use cases and dark web activity now only comprises a tiny fraction of overall activity, compared to what it was in the past. Nonetheless, Bitcoin is still used to purchase illicit and/or illegal goods such as stolen identities, credentials, drugs, weapons, fake passports, and stolen credit cards to name but a few.

This is where things sometimes turn political for multiple reasons, and differing views emerge even among Bitcoin proponents. First, because legality is jurisdictional in nature. Just because it’s illegal to own or purchase a good or service in one jurisdiction (such as a weapon), doesn’t mean it’s illegal to do so in others. Secondly, just because something is illegal doesn’t mean it should be illegal and/or that it’s ‘bad’. Drugs are but one example here; why is heroin illegal while other opiates like oxycontin are legal? Why should such drugs be illegal anyway? Prohibition doesn’t work and it only affects the user anyway so why shouldn’t it be legal? Finally, there’s the argument that Bitcoin is only a financial medium of exchange, and governments should never seek to control money or transfers of value, and should focus on the crime; not the money used in it.

Frankly, these are all good points, which people are bound to have different political views on, but they all kind of miss the point. If a government and its people agree that identity fraud is a bad thing that should be outlawed, and Bitcoin is used as a key tool to subvert such restrictions, that reflects poorly on Bitcoin if nothing is or can be done about it by both governments and to the populace at large. Regardless of one’s political views, this does in turn discourage many people from wanting to adopt cryptocurrencies and discourages governments to reduce roadblocks that stifle adoption of cryptocurrencies, particularly given the ease of which individuals can utilize Bitcoin to launder funds associated with such crimes.

However, we feel the extent to which they hinder adoption is modest at the worst because it instills valuable lessons related to security, namely being responsible for securing and managing your own funds, which is not something people are used to taking responsibility for. This is in part due to all the custodial financial institutions that people have traditionally utilized throughout their lives that protect their money, savings, and investments.

Cryptocurrency as a Tool

Cryptocurrency is still sometimes likened by some as only being useful for criminals and money launderers, which is demonstrably untrue. When crimes do occur, Bitcoin is inevitably criticized for being an effective means of money laundering, thus requiring more regulation (with some wanting it banned entirely).

The counter-response is that cryptocurrency is merely a tool that’s used here; criminals use all sorts of tools but their use doesn’t justify restricting or banning them. Also, other currencies such as the US dollar (especially banknotes) are arguably used more often in crime. Furthermore, the vast majority of fiat currency is now held by custodians which governments have gotten used to regulating, but not so long ago non-custodial currency was far more common (banknotes, and if you go back far enough commodities directly).

While these criticisms are completely understandable they shouldn’t detract from the reality that even though Bitcoin is merely a tool in such crimes, it paints Bitcoin in a poor light particularly to those that are not involved in the cryptocurrency space. And it therefore seriously stifles adoption from individuals and prevents governments and regulators from embracing cryptocurrency if such crimes aren’t even investigated.

One of the biggest things hindering broader adoption of cryptocurrencies in our opinion is a lack of action from law enforcement and pursuance of crimes involving cryptocurrency, and even cybercrime more generally. Right now, law enforcement tends to only take action when there’s a considerable amount of money involved or when a heinous crime is involved. Even then, law enforcement tends to lack the necessary resources, skills, knowledge, and tools to properly track down suspects involved, and often needs assistance.

Anyone working in law enforcement we’ve ever spoken too has always been keen to learn more about these crimes so they can understand better how it works so that they can take action against suspected criminals. But, many simply lack the necessary resources and skills to investigate such incidents themselves.

Just as with any form of money, Bitcoin will always be used by some people for illicit and heinous purposes. While this will never be eliminated, it can be reduced to some extent if governments step up and prosecute these crimes more frequently. Most people considerably dislike the onerous and antiquated red tape, regulations, and restrictions governments impose on cryptocurrency businesses, exchanges, and services. However, if law enforcement agencies investigated such crimes more frequently, crime would naturally decrease therefore eliminating the need for them.

In order to achieve this more resources need to be dedicated to hiring law enforcement personnel to investigate, pursue, and take enforcement action when appropriate. They need the appropriate tools, skills, and training to be able to properly investigate such matters. Furthermore, because the private sector is always bound to be more up to speed with developments, they need to focus on collaborating and learning from the private sector. 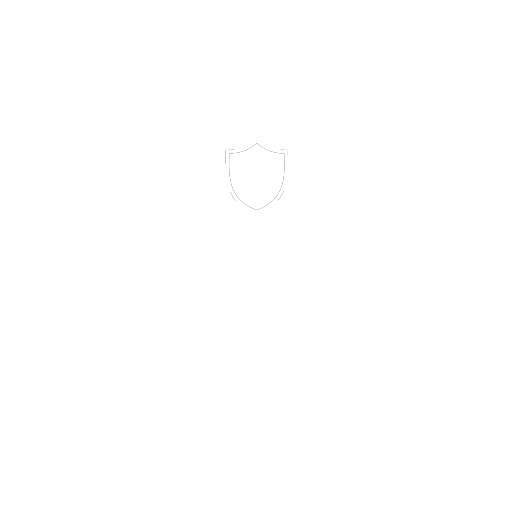